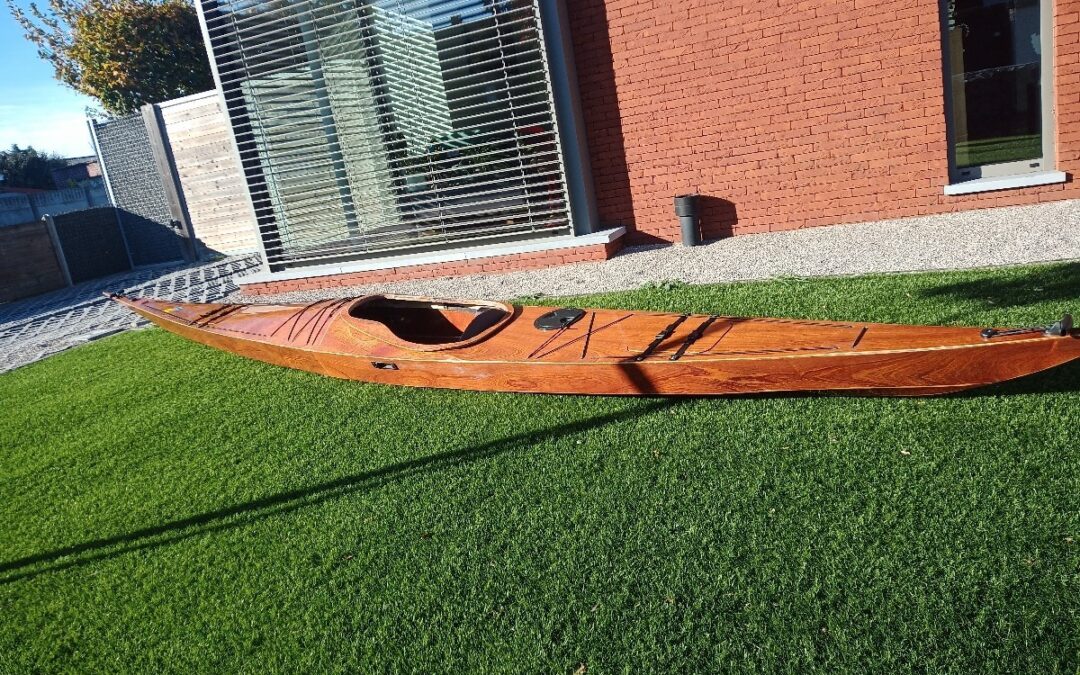 I downloaded the plans in April, and I started the build of a 100% shrike in the beginning of September.
It’s the first kayak I’ve ever build.
The shrike was finished by the end of October.
It weighs in at 22 kg, but it’s coated with 160gr twill inside and outside.
This project was my first experience with epoxy, but I’m pretty satisfied with the result. Maybe the result could be a little lighter if my epoxycoats would have been thinner.
I used PETG maroske fittings, and used a clear finish to showcase the nice Okoume grain of the plywood.
I installed a Kajaksport skeg system to save some time during the build.

Due to the bad weather since the kayak was finished, I only took it out once until now.
It handles really nice, great speed and manoeuvrability.

Thank you very much for the plans.
I already printed the plans at 90%, to build another shrike for my wife.
That way I can correct my rookie mistakes, to make a perfect one.