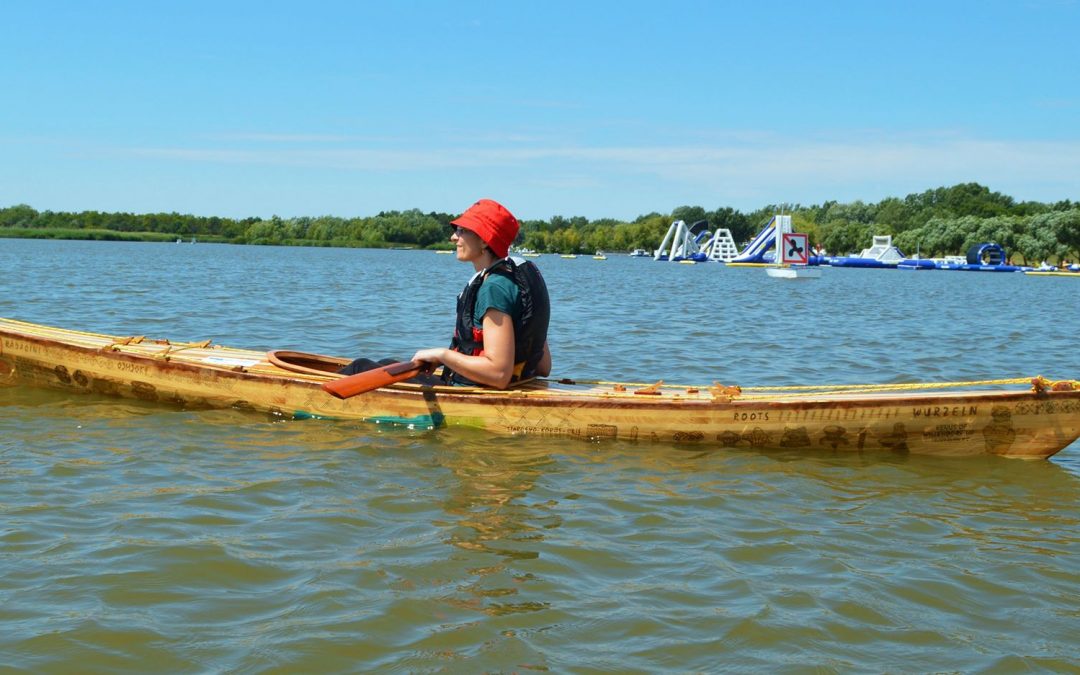 Our second Vember. Baptized and launched on July 6, 2019, on Lake Tisa, Sarud, Hungary. On the occasion of the annual meeting of amateur builders.
The name of this Vember is ROOTS. Any hand-made kayak attracts attention and admiration.
It is one of the main reasons of the visual theme represented on the kayak: the Neolithic cultures of the Danube Basin.
The first developments in aesthetics culture, the first appearance in history of writing, the first historical appearance of the wheel and many more.
Neolithic cultures represented are: Cucuteni – Tripyllian, Tărtăria, Vinca – Turdas, Bodrogkeresztur, Tiszapolgar, Hamangia, Starcevo – Criş. Including the map of Europe is on the bottom of the kayak.
We wanted to be a floating encyclopedia to have a cultural vector seen by the peoples.

The hull of the kayak is made of ash wood, the deck is made of wooden strip of maple and teak. The visible ornaments are made of teak wood, and they have the role of fixing the deck line, and the elastic strings are designed to ease the intrusion of the paddle.

The dimensions of the kayak are: length 485 cm, width 56 cm. The resulting grain is 18 kg. If the leg supports (made of teak) are mounted, the weight reaches 19 kg.