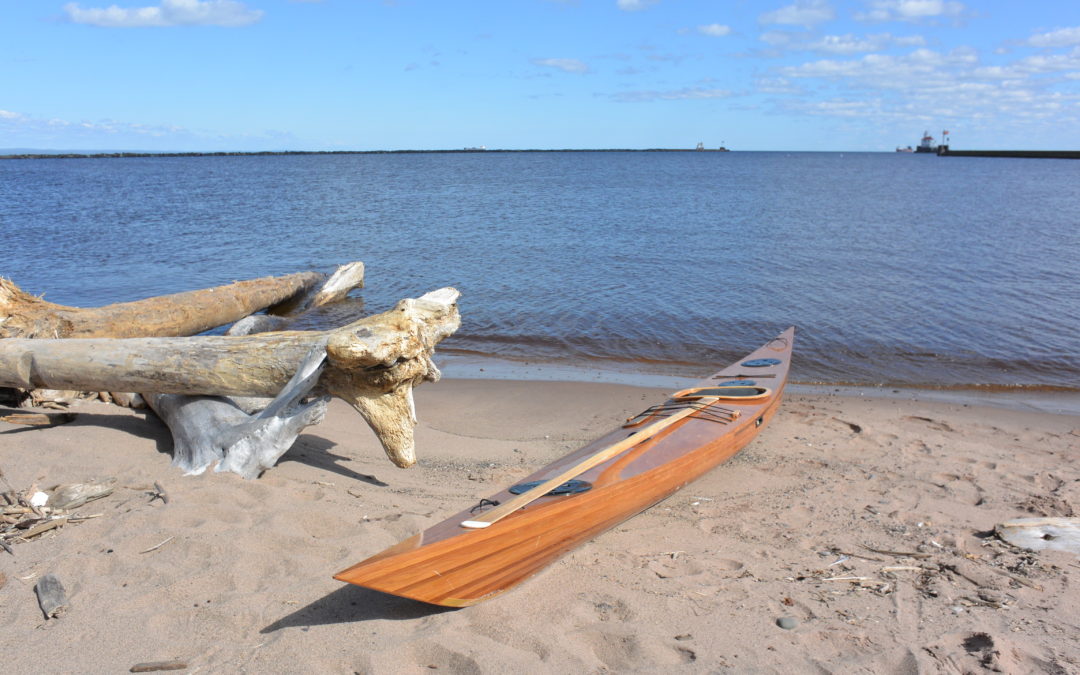 Which model did choose? I built the Vember Expedition

What modifications, if any, did you make to the design described in the build manual?
I used a small ocean cockpit rather than the standard keyhole styles. I added two deck beams the first to support the front of the cockpit and the second to act as the thigh brace (masik) this is actually how many original Inuit Qajaq were constructed. This method allowed me to have a very strong cockpit while at the same time allowing my to establish great thigh connection for rolling. I also moved the foot bulkhead back so that it exactly matched my leg and feet position.

What is the weight of the finished kayak? 34lbs

Anything you wished you had done differently? Added more maroske fittings to the deck

Any tips you’d like to suggest to future builders? Think about your arm length when positioning the foredeck hatch. The bow is long on the expedition version that it can be hard to reach both ends if you don’t position the hatch carefully.

How does the kayak perform on the water? I have really enjoyed paddling the kayak both fully loaded as well as empty. It surfs well and the bow does not bury, its shape helps rise up over waves. Due to the smooth bilge shape it is a very easy kayak to roll.